It's been another warm couple of weeks here on the Kenai, with above freezing temperatures and rain, rather than the snow we all prefer. Looks like we'll finally be getting some more snow over the next couple of days, though I doubt it will replace all that we've lost.

The 2019 Alaska Beer Week seems to have been a great success, at least from my vantage point down here. Sadly, my responsibilities as both a student and a teacher pretty much precluded me from going up to Anchorage again this year, since classes started that same week.

At this year’s festival, winners were chosen in both the winter warmer and barley wine competitions. In the winter warmer category, Cynosure Brewing took third place with its Noe Belgian-style Strong Dark Ale, Oskar Blues took second with its Ten Fiddy Imperial Stout, and first place went to Maui Brewing’s Night Diver. In the barley wine category, local favorite Kassik’s Brewery of Nikiski did not take gold in the barley wine competition for the fourth year in a row.  Instead, its Buffalo Head Barley Wine took home the second-place trophy. Third place went to Fremont Brewing’s Brew 2000 Barley Wine, while First Place went to Anchorage Brewing’s Double-oaked A Deal with the Devil. This beer from Gabe Fletcher’s brewery had already received much national acclaim, including being named one of the best beers of 2018 by Craft Beer & Brewing Magazine. Congratulations to all the winning breweries.

The 2019 Frozen River Fest is less than three weeks away. This year's festival will take place on Saturday, February 16th, from 4 to 8 pm at Soldotna Creek Park. It is hosted by the Soldotna Chamber of Commerce and tickets are $20 for beer drinkers, free for non-drinkers. As always, this is a family-friendly event, with live music and food on sale besides the beers on offer. This year's live music will be by The Mabrey Bros. Band and Conway Seavey. For more details, look for the Festival on Facebook or contact the Soldotna Chamber of Commerce. Tickets can be purchased online here. 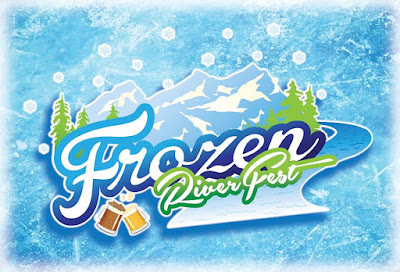 Some new statistics have been released on the impact of craft brewing on a state-by-state basis. Alaska ranks 6th in breweries per capita of 21+ adults and we are third in pints produced annually per adult (behind only Vermont and Delaware) at 96. The most recent economic impact of craft brewing in Alaska was $511 per person per year, which is 5th overall among the 50 states. There are currently over 7,000 breweries in the US. Now if we just get the Alaska State Legislature to recognize these statistics and work to help our brewing industry instead of hamstringing it...

If you missed the live broadcast on Saturday, I'd encourage you to take a listen to the podcast version of my January radio show on KDLL. In it I interviewed Corey Fristoe from Black Spruce Brewing in Fairbanks, James "Dr. Fermento" Roberts, and Don Stead of Homer's Grace Ridge Brewing. You can find the recording of the show at https://www.kdll.org/post/january-2019-big-future-small-breweries#stream/.

Now let's review some beers. I've got four new ones to tell you about this time.

Fremont Brewing's Barrel-aged Dark Star Imperial Oatmeal Sout (2017 ): The dark beauty had spent a year in my cellar prior to my opening it. It poured dark with a decent tan head that dissipated to a collar. The nose spoke strongly of its time in bourbon barrels. Carbonation was on the low side but acceptable, and its mouthfeel was very oily and smooth from the use of oats. On the palate, it was rich and think, with plenty of roasted flavors and additional bourbon notes, falling away to a touch of alcohol heat on the finish.14% ABV, 50 IBUs. 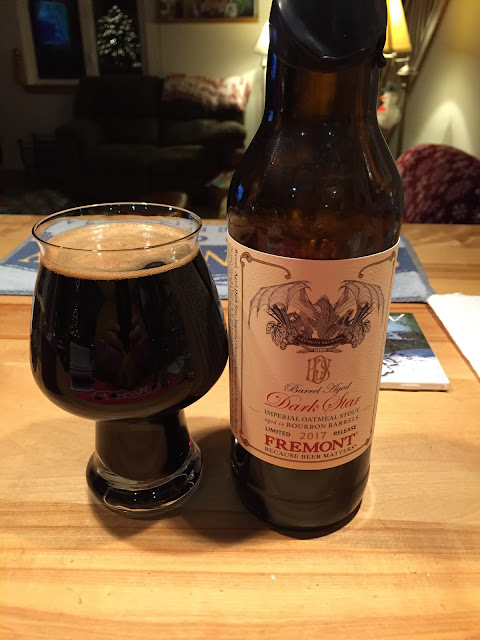 New Belgium Brewing's La Folie Sour Brown Ale (2018): This year's version of this classic sour poured a beer, translucent ruby with a nice tan head. The aroma was tart notes and hints of cherries. Carbonation was good, and its mouthfeel was light. The flavor profile began with a pleasant tart attack, then mellowed into smooth fruit notes, followed by a nice finish. A delicious sour. 7% ABV. 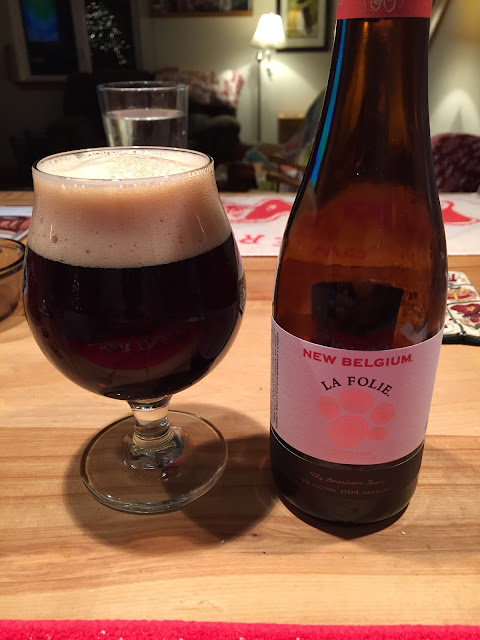 Midnight Sun Brewing's Last Run Porter: This limited-release beer poured dark with a nice tan head. The nose had light and pleasant roasted notes. Carbonation was good and the mouthfeel was light. On the palate, there nice roasted notes continued very clean tasting, before falling away to a nice finish. While not overly complex, I thought it was a very well executed beer, stylistically more of a brown porter than a robust one. 5.5% ABV, 20 IBUs. 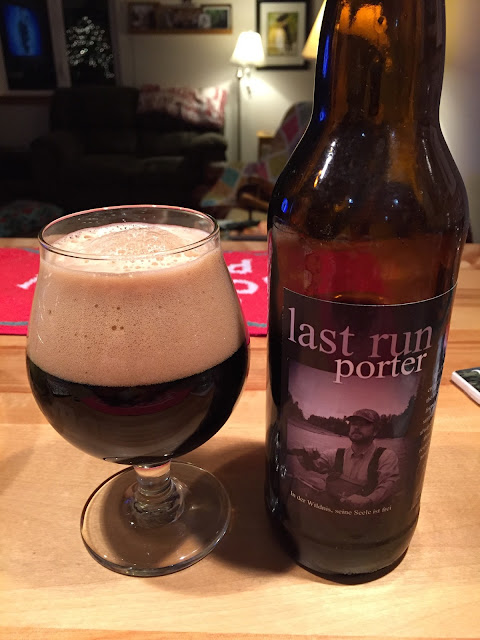 Black Raven Brewing's Grandfather Raven Russian Imperial Stout: Another impressive brew from the award-winning Washington brewery. It poured opaque with a nice mocha-colored head. The aroma was full of coffee notes with hints of chocolate as well. Carbonation was excellent and the mouthfeel was medium plus. The initial flavor profile was smooth roasted flavors, very rich and complex, then more hints of chocolate sweetness followed by a long, lingering finish. A superb Russian Imperial Stout. 9.5% ABV, 70 IBUs. 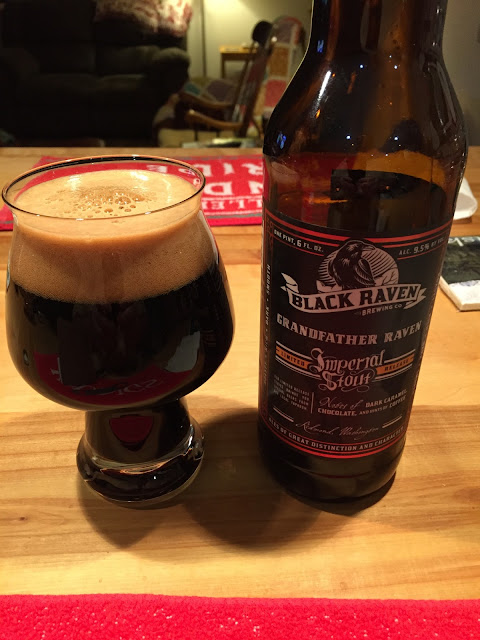 That's about it for this post. I hope to see you all at the Frozen River Fest in a couple of weeks. I'll be recording some live interviews for my radio show there, so if you'd like to be on the radio, come on up and say hello.

Until next time, Cheers!