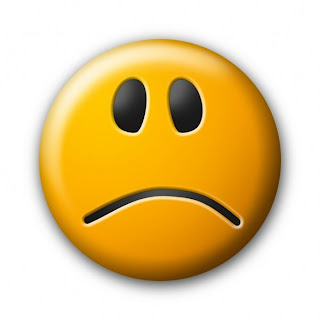 If there's one thing living in Alaska will teach you, it's to respect the weather. Up here, the weather is something we may battle, but it's never something we can afford to ignore, unlike a lot of the lower 48. Alaskan weather is like Alaskan wildlife in that respect; there just aren't many places in the lower 48 where you have to have your wits about you when you walk out to get the morning paper, lest you get stomped by a moose...

Anyway, showing due respect to the weather up here occasionally gets in the way of us Alaskans doing what we really want to do. Case in point, my big trip to Anchorage was completely scuttled by a sudden warm spell, which turned all the roads between here and there into ice rinks with water running across them. My lovely wife and I discussed it, but we finally decided that discretion was the better part of valor, and that we'd feel pretty stupid if we totaled a car or even got ourselves killed trying to get to Anchorage for a beer fest.

So, that will just have to wait another year...

We did manage to make it to Anchorage for a day trip on Wednesday of last week, after the weather had finally stabilized back down at 20F or so (where it belongs this time of year!). That trip was critical, since we'd let our pantry get a bit low, in anticipation of shopping the previous weekend, plus I needed to buy the beers for my class, The Art and History of Brewing, which starts the day after tomorrow. It's not to late to sign up, by the way...

In addition to buying beer for my students to taste, I did manage to grab a couple of interesting ones for myself. First, I stopped at Midnight Sun to pick up a growler to take to a Super Bowl party. They had Zeus on tap, a draft version of the soon-to-be-released Jupiter from their Planets series. I had a sample and all I can say is WOW! This beer is phenomenal! It's in the style of a tripel, with about 10.5% ABV and a fresh, spicy taste which has to be experienced to be believed. I have that growler parked in my beer fridge and it calls to me each time I see it. So far, I've resisted its siren song, but I know that when Jupiter it release in corked 750 ml and 1.5 l bottles, I'll be snapping them up. Meantime, if you get the chance, be sure and try Zeus.

Another interesting beer I picked up from Midnight Sun is their Specialty XXX Anniversary Ale. This beer was commissioned by Specialty Imports to celebrate their thirtieth anniversary in business. It claims to be a Black Double IPA, which is somewhat similar to Stone Brewing's XI Anniversary Ale from last year. I thought it was OK, but it seemed to me that the hops chosen came across as a little too grassy, if that makes any sense. Frankly, I think I prefer their CoHoHo Imperial IPA or even their Sockeye Red IPA to this one. Still, it was interesting and certainly different from the norm.

Finally, at La Bodega I picked up a bottle of Port Brewing Company's Old Viscosity, simply because I liked the look of it. After taking it home and trying it, I wish I'd picked up a second for my good buddy Curt who's crazy about beers aged in bourbon barrels. According to the brewery's website, 80% of the beer is fermented in stainless steel via normal methods, while the other 20% comes from a previous batch and has been aged in used bourbon barrels. The brewers call it "The Big, Black Nasty" and state that it is brewed "in no particular style",as it sits on the intersection of porters, stouts, old ales, and barleywines. It weighs in at a hefty 10.5% ABV and has a wonderful heavy mouthfeel, with chocolate flavors melding and mingling with the vanilla flavors picked up from the casks. A wonderful sipping beer, I can't wait to find another bottle or two.

A Few Days in Los Anchorage

Well, the Big Chill has finally moved out of South-Central Alaska, giving us temperatures in the 20's (above zero rather than below) and snow. I'm hoping the snow wraps up today or tomorrow, as on Thursday the missus and I are on the road, heading up to the big town of Los Anchorage.

It's our annual pilgrimage to the Great Alaska Beer and Barley Wine Festival and the Great Northern Homebrewers meeting that precedes the fest each year. My lovely wife Elaine is looking forward to some shopping and I'm looking forward to hitting some of my favorite watering holes, like Humpy's and Cafe Amsterdam. We're going to try to pack a lot of action into about two days of time; then we have to head home to feed the cats...

One thing I didn't have to wait for this trip to do was to try Midnight Sun's Uranus, from their Planets series, as I was lucky enough to find it for sale at County Liquors in Kenai. for those of you who haven't been keeping track at home, Uranus is a Belgian-style (what else?) Golden Ale with 100% Brettanomyces fermentation and conditioning, weighing in at 7.2% ABV. The taste was laced with the classic brett funkiness and with just enough sourness to be refreshing. The carbonation was excellent and the overall impression of the beer was wonderfully quenching. A little reminiscent of Pluto, but even better, in my opinion. Uranus is just the sort of style-melding beer that Midnight Sun has become justly famous for.

In my next post, I'll try to make a complete report on all my beery adventures in Anchorage.

Until then, Cheers!
Posted by I'm Bill Howell. at 1:46 PM No comments:

Drinkin' With the Good Doctor... 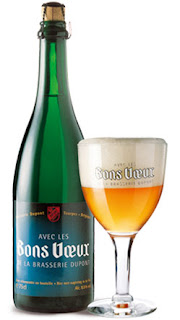 I hope you all had a pleasant holiday. Mine was fairly low key, given that we've been in the -25F deep freeze for the last ten days. We usually get a few days of these temperatures each winter, but this stretch seems earlier and longer than usual for here on the Kenai Peninsula.

On the plus side, weather like this gives one an excuse to sit inside and drink beer (if an excuse is actually needed). On Christmas Day, my friends and I shared a 750 ml bottle of Avec les bons Vœux de la brasserie Dupont, a wonderful Christmas ale from Brasserie Dupont. As I mentioned in an earlier post, this was among the "100 Belgian Beers to Try Before You Die" listed in a recent book from CAMRA. And it fully lived up to all the hype, let me tell you!

A beautiful blond beer, with a massive white head, the ale weighs in at 9.5% ABV. It has a wonderfully peppery, spicy flavor, none of which is produced by adding any spices. All the wonderful flavors are produced by the yeast used and dry hopping. It's a fantastic beer. If you can find it, buy it.

The other highlight was meeting up with the illustrious Dr. Fermento (aka Jim Roberts) at St. Elias Brewery on Saturday, 3 January. The good doctor was making one of his sporadic trips to the western Kenai Peninsula and was dropping into to our newest brewery for the first time. We were given a tour by co-owner & brewer Zach Henry, then got down to the serious business of tasting beer.

I was already familiar with most of the offerings, so while Dr. F. plowed through samples of the eight different beers on offer, I had a pint of Zach's new Winter Ale. I found it very enjoyable, with plenty of strong, roasted malt flavor. No spices and a moderate 5.5% ABV make it a very drinkable beer, and a great accompaniment to the Brewhouse pizza I had with it.

Drinking good beer, eating good pizza, and talking about beer and brewing with two good friends... You just can't have a Happier Holidays than that!

Until next time, Cheers!
Posted by I'm Bill Howell. at 4:07 PM No comments: