Cheap Beer? No, Good Beer at a Great Price 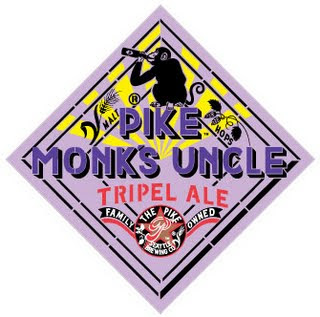 There was a time in my life, about two and a half decades ago, when I evaluated the desirability of a beer strictly on its price. Whatever was cheapest (or better yet, free!), that was the beer for me. Like so many things we do when we're young and stupid, I eventually outgrew the infantile notion that beer is merely an alcohol delivery system and came to recognize it for the wonderful art that it can be.

However, just because I have come to appreciate quality craft brews and fine imported beer and am now willing and able (sometimes) to pay what such brews cost, that does not mean that I am not always on the lookout for a chance to pick up good beer at a reasonable price (or even free). I try to hit all the local beer stores on a regular basis, both to see if anything new has appeared and to keep an eye out for sale/specials. If your beer budget is limited (and whose isn't these days), doing that just means you can stretch your dollar that much further.

A couple of local places which will help you make your money last are Three Bears Warehouse in Kenai and Save-U-More in Soldotna. Their selections are not always the greatest, but if they have what you're after, their prices are about the best around. Save-U-More usually has a pretty good selection of Midnight Sun's core beer line; in fact, they're the only place which seems to consistently have both Panty Peeler and Monk's Mistress on the shelf. They also usually have Samuel Smith's Ales. When I'm looking to restock on Sockeye Red IPA, this is where I head to load up.

Three Beers seems to be the only place in town to carry Unibroue, a fantastic brewery from Quebec and Ommegang Brewery out of Cooperstown, New York. I've blogged about Ommengang's beers before, but if you haven't tried anything from Unibroue, you're really missing out on some great beers, like Maudite, La Fin Du Monde, Blanche De Chambly, or Trois Pistoles. Best of all, you can get them, in a 750 ml (25.4 oz) corked bottle for $8-9. I've seen them on sale for as little as $5.99. This is not cheap beer; it's good beer at a great price.

Speaking of good beer at a great price, I opened a bottle of The Pike Brewing Company's Monk's Uncle Tripel that Gene Diamond of Specialty Imports gave me. Based in Seattle, this brewery was opened in 1989 by Charles Finkel, owner of Merchant Du Vin, and has been on the cutting edge of craft brewing ever since.

Monk's Uncle Tripel was first released in 2006 at the Brouwers Cafe and is available in 22 oz bombers here in Alaska, and occasionally on draft up in Anchorage. I poured it into a large snifter for my tasting. It had a light gold color, with a relatively thin head of foam that dissipated fairly quickly. The aroma had some floral, noble hop notes, plus the fruity esters that are characteristic of beers made in this style using a Belgian yeast. The body was light and fairly well-attenuated, thanks to the addition of Belgian candi sugar,once again with plenty of the fruity earthy flavors produced by this strain of yeast. It finished dry, with a nice, smooth bitterness. Monk's Uncle weighs in at 9% ABV and 34 IBUs of bitterness from Nugget hops, with Saaz hops used at the finish to add to the aroma. Overall, it was a nice tripel, very true to the style. Personally, I think that if I was reaching for an American-brewed tripel, I'd prefer Midnight Sun's Panty Peeler, but Monk's Uncle is a good one, too.

Another beer that I picked up over the weekend was Full Sail Brewing Company's Grandsun of Spot IPA. This beer is part of their Brewmaster's Reserve 2009 series; about every 10 weeks, the brewery releases another beer in this series. This particular brew is an India Pale Ale, 6% ABV and an impressive 80 IBUs. In the glass, this beer was an orange-amber color, with a nice head of pin-point carbonation that was long lasting. Plenty of floral hops in the aroma, Columbus and Zeus varieties. The body was medium, speaking to Munich and Honey malts, with plenty of carbonation. The finish was nice and bright, with a pleasing hop bitterness. A nice IPA, very crisp and enjoyable. I plan to keep an eye out for other beers in this series, as well.

That's about it for this week. Check out my new column in The Redoubt Reporter. Look for it on the first Wednesday of each month.

just wanted to say that I love your blog! Keep up the good work.